How hard is it To Get onto the housing ladder in 2020?

Since the 1920s, homeownership has risen steadily, reaching a peak at 73% in 2007, as earnings increased and ordinary people were able to afford mortgages.

However, over the last decade, owner-occupation has fallen amongst almost every age group (apart from pensioners whose homeownership has risen to 80%). This has left over half of those looking to start families locked out of the property market while being forced to either live at home in their 30s or spend up to 35% of their income on private rental property.

Priced out of the market

This frustration at not being able to aspire to home ownership is leaving many feeling ‘priced out’ of the market.  House prices have risen nearly four-fold since the mid-1990s leaving the average house now costing up to 8 times the average annual wage. This increases to almost 12 times in London and the South East. Renting is more expensive than mortgage payments and leads generally to smaller and lower quality accommodation. This, in turn, is reflected in people feeling less incentive to invest in their social surroundings, have control over their lives, work hard and have some tangible wealth to leave to their children, a sentiment that impacts negatively on our economy and society.

The number of 20-34-year-olds still living at home is up 47% as a result of this rise in house prices and many more are stuck in shared rental accommodation with their lives on hold. Despite spending more on housing today than their predecessors, 40% of this age group are stuck in rental accommodation, yet 71% of these young adults still aspire to buy in the UK market. 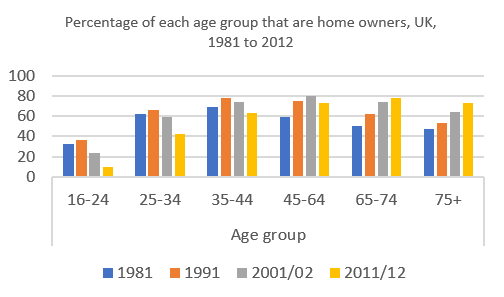 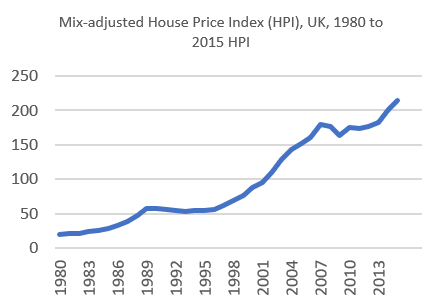 The financial crisis in 2008 has been blamed on the overwhelming desire for home ownership when in fact it was caused largely by irresponsible mortgage lending rather than the desire of ordinary people to own their own home.

The largest obstacle to enable more young adults onto the property ladder is the failure to build the required number of new homes over successive decades. Until this is addressed, the situation cannot improve.

If you are considering the options available to help you get onto the housing ladder, our recent blog looking at the benefits of Help to Buy versus Shared Ownership could help you decide which would be most suitable choice for your circumstances.